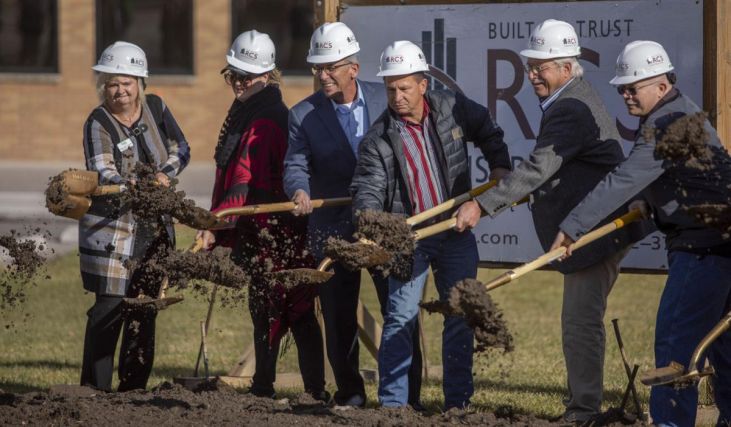 Monument Health CEO Paulette Davidson said the partnerships created between the city, county, state and private entities and the actions the organizations took will keep families and the community together.

“When they have a crisis, we shouldn’t have to separate families from each other and send them somewhere else to get help,” she said. “That’s what today is about, keeping families together, and that’s what we’re going to continue to do.”

DPEC & RCS Joint Venture is excited to be part of the construction projects located at Ellsworth Air Force Base in preparation for the B-21 stealth bomber! For more information Read the following article from the  Rapid City Journal below. 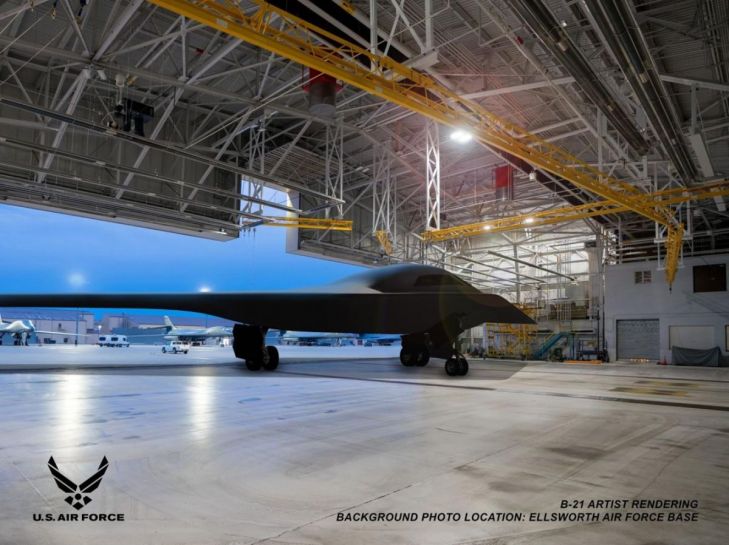 The Global Strike Command's artist's rendering of the new B-21 Raider at an aircraft hangar on Ellsworth Air Force Base near Rapid City (Taken from Rapid City Journal).

The City of Hot Springs condemned the Wesch-Oak Building that was built in 1893. In early March the Hot Springs council voted to demolish the historic sandstone building. The building will be demolished by RCS Construction this summer.
https://rapidcityjournal.com 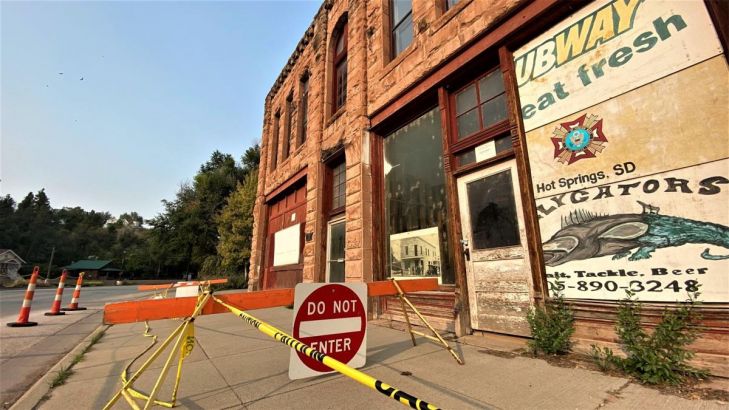 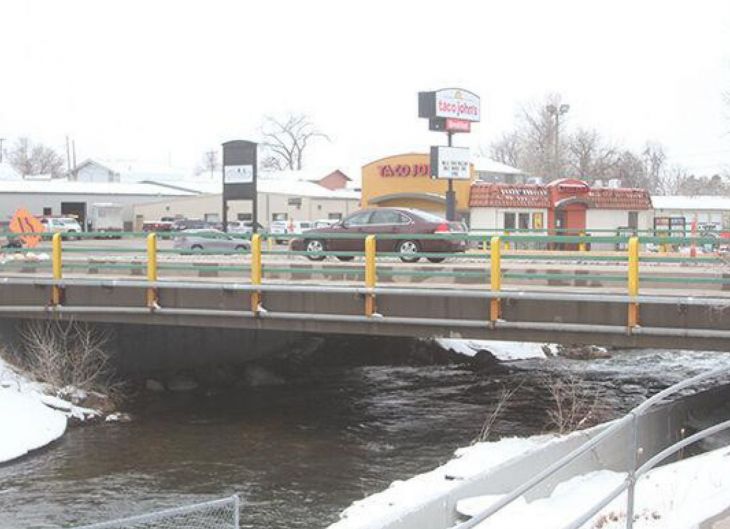 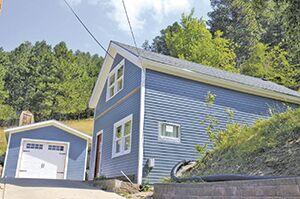 Following emergency mitigation to address a landslide originating on city property this spring, a retaining wall behind this historic resource, located at 30 Adams St., in Deadwood will now be addressed. Pioneer photo by Jaci Conrad Pearson 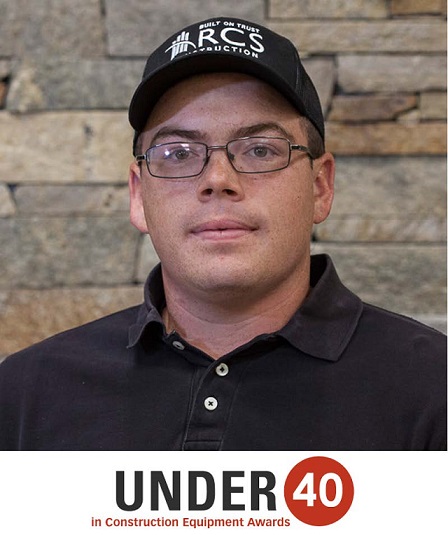 We are honored to get started on the new National Guard readiness center. The project includes a 58,000 SF building. The battalion will use this facility for the Black Hawk helicopter operations such as search and rescue, medevac, and wildland fire missions.

According to www.kotatv.com “This has been a top priority for the South Dakota Army National Guard for many years,” Lt. Col. Martin Yost said. “This aviation complex will be outstanding not only for soldiers but also for the citizens of South Dakota.” The funding bill now goes to Gov. Kristi Noem for final approval.

Check out the news article from www.bhpioneer.com 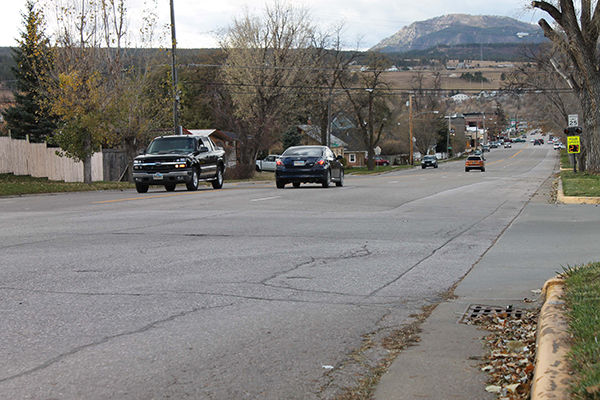 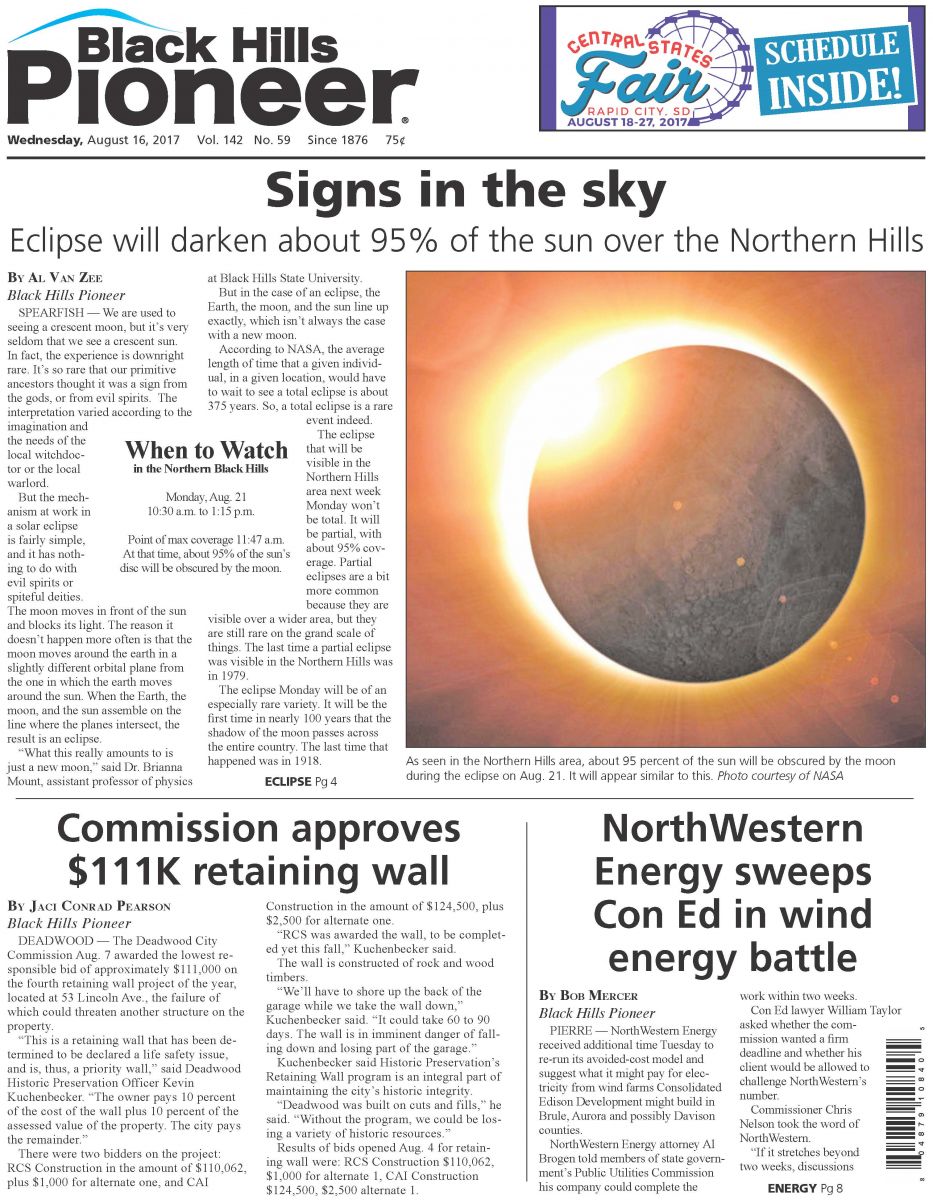 Deadwood's historic charm is what lures the crowds in each year. We are very proud to be able to assist in retaining (no pun intended 😉) the city's historic integrity. The bottom left article from The Black Hills Pioneer (above) talks about our recently awarded Retaining Wall project in Deadwood. See below to read more project details.

We hope everyone is staying busy and cool this summer! We know we are staying busy finishing up all of our summer work and are looking to add work to our list for this fall- here are three of our most recent awarded projects:

Custer Water System Improvements
This project generally consists of the demolition and replacement of process piping and appurtenances. The removal and replacement of flow meter, aerator, filter media, and ARVS. Plus the installation of a new chemical fee system.
Contract: $535,000.00
Owner: City of Custer
Architect/Engineer: AE2S, Inc.

Last week, RCS Construction, Inc. was awarded the Woodstave Penstock Replacement Project in Spearfish, South Dakota. This project will consist of the replacement of: two woodstave penstocks with high-density polyethylene pipe; the improvements of the penstock drain system; fencing; gates; and the abandonment of two 42" woodstave penstocks. Woodstave penstocks were the original method for transporting water from a body of water into hydroelectric power plants. If you haven't seen one before, we encourage you to look up woodstave penstocks, it's pretty cool! Click here to read the article the Black Hills Pioneer wrote about the project.  Click "Read More" below to view more project details.

RCS Construction, Inc. was awarded two new projects in the last week! West River Periodontics and Pine Ridge Quarters Apartment Building. Things are about to get really busy around here!

West River Periodontics: This project will consist of a new 8,407 square foot dental facility including reception/waiting area, offices, treatment and surgery areas, staff lounge and locker room, storage rooms, restrooms, and a laundry room. The awarded contract amount for this project is $2,258,000.00.

RCS Construction, Inc. was recently awarded the contract for the Rushmore Crossing S2 project in the amount of $1,513,805.00. This project will consist of a 25,000 square foot retail addition in between Ross: Dress for Less and Sam's Club. This addition will house three different retail spaces.

RCS Construction was recently awarded the $112,000 contract for the demolition of the rest area and surrounding buildings/shelters between Piedmont and Tilford. This demolition project comes at the same time as the start of the reconstruction of the interstate between mile markers 40 and 44.

The Rapid City Journal released an article that gets into a little more detail about what the future has in store for the interstate running between Rapid City and Sturgis. Click here to view the full story! With road construction beginning March 6th, make sure when traveling along that section of road to pay attention and give those guys a brake!

R.C.S. Construction, Inc. was just awarded the contract for Cadillac Jack's second expansion known as TIF No. 10 in the amount of $2.8 million. R.C.S. is excited to begin working on this project with The City of Deadwood starting in early 2017.