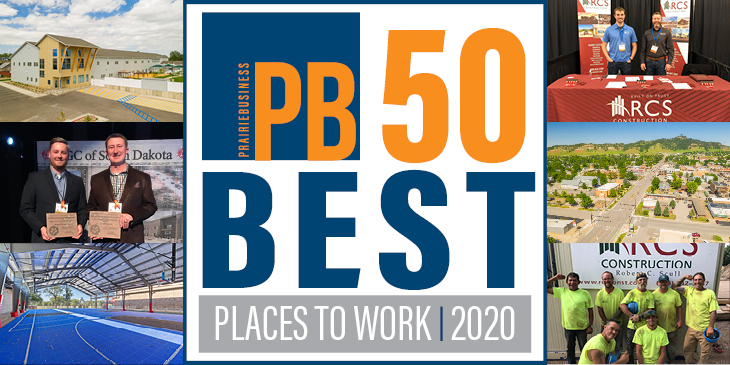 RCS Construction is honored to announce it has been named as one of Prairie Business Magazine’s 50 Best Places to Work for the second consecutive year.

Employees nominate their organization with anonymous satisfaction surveys and the magazine uses the survey results to recognize the 50 best. Topics in the survey include employer benefits, workplace culture and employee morale. This year, there were nearly 1,500 nominations.

Winners will be included in the magazine’s September issue.

RCS Construction would like to add an extra congratulations to fellow South Dakota companies that also made the list: